The Supreme Court has sacked Sunday Aghedo, a member of the All Progressive Congress ,APC in the Edo State House of Assembly representing Ovia South West. 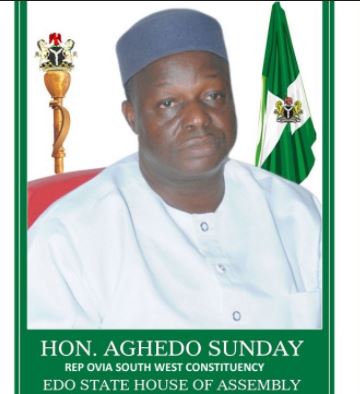 In a composite judgment delivered over the weekend, the apex court dismissed the appeals of the lawmaker and his political party, the APC.

In a unanimous judgment delivered by Justice Dantijo Mohammed, the court declared Godwin Adenomo, also of the APC, the winner of the general election in Ovia South- West constituency of Edo State House of Assembly held on April 11, 2015.

The Supreme Court affirmed the judgment of the Court of Appeal Benin Division and held that Adenomo won the APC primary election conducted by the APC held on the December 2, 2014 for nominating the party’s candidate for the general election held on April 11, 2015.

The court ordered the Speaker of Edo State House of Assembly to swear in Mr. Godwin Adenomo as member of the Assembly representing Ovia South West constituency.

The court also awarded N300, 000 cost against Hon. Aghedo, the appellant who had challenged the decision of the Court of Appeal Benin Division delivered by Justice Moore Asiemo Adumein.

NLC tells workers to be diligent as they...