President Buhari on Wednesday had a bilateral meeting with King Abdullah bin Al-Hussein of Jordan, on the sidelines of UNGA.

President Muhammadu Buhari thanked the Kingdom of Jordan for its support to Nigeria’s campaign against terrorism and insurgency with the donation of military hardware and pledge to further supply helicopters.

President Buhari also reassured King Abdullah of Nigeria’s commitment towards the proposed Aqaba Process with countries in the region as well as Nigeria’s willingness to play a leading role in bringing together countries in the West African sub-region into this collective security arrangement.

The Jordanian King had earlier informed the Nigerian President that his Government was in the process of opening an embassy in Abuja in the next few months, and appreciated the support being extended to his country by the Nigerian government in this regard. 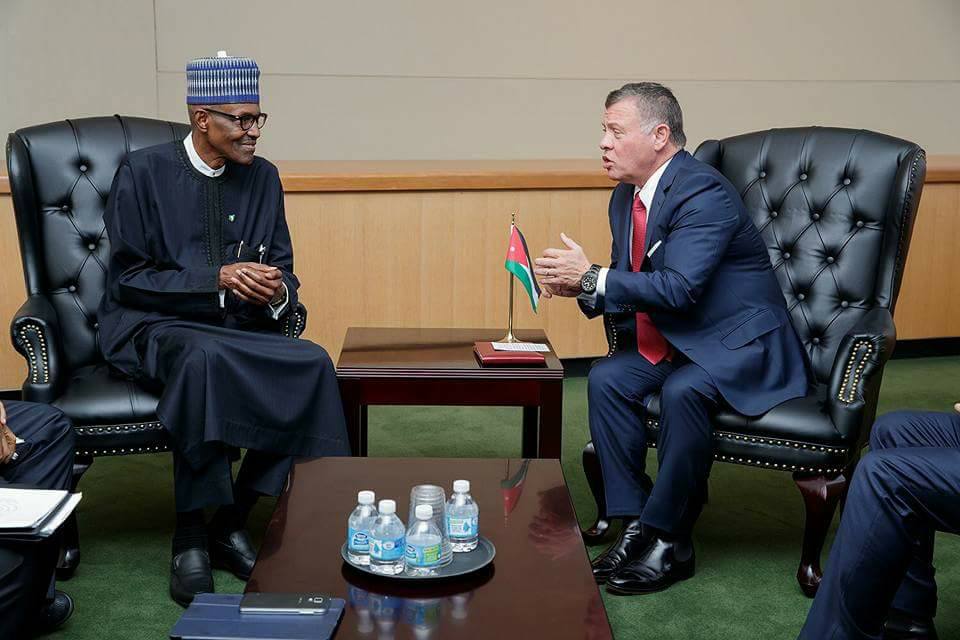 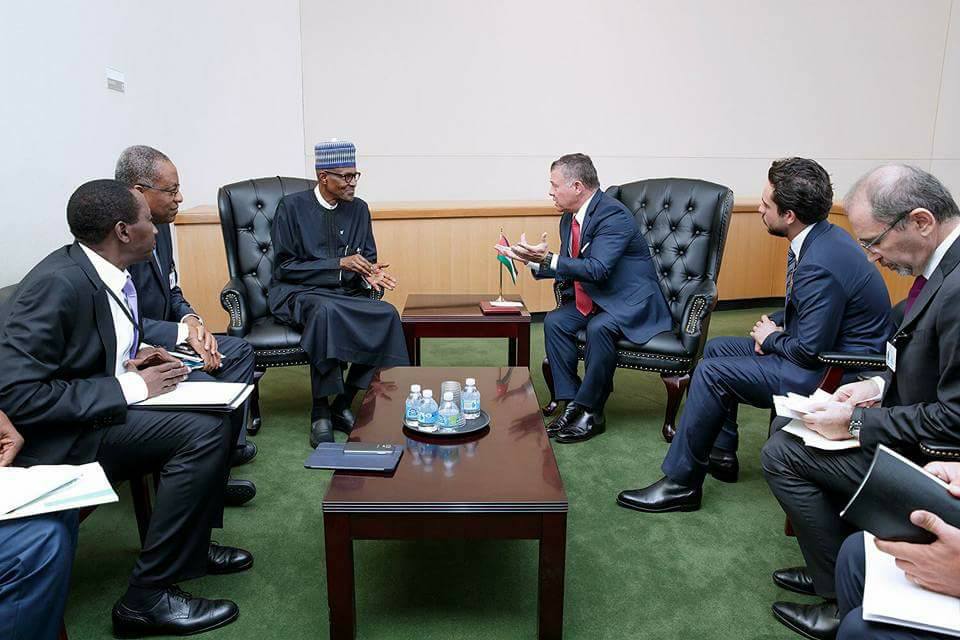