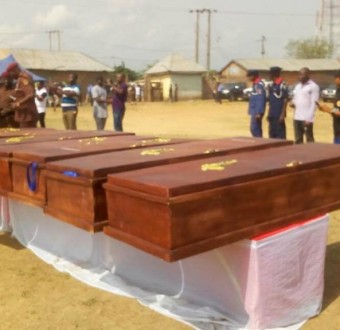 A statement issued by the chairman of the Okpokwu Local Government Area, Francis Ogwuche, says that a requim mass will be held in honor of the victims afterwhich their bodies will be released to their families for burial.

The statement partly reads, “A requiem mass would be held for the victims at the Saint Bernard Catholic Church, Ugwu Okpoga on Thursday March15, 2018. Thereafter their corpses will be released to the various families for burial in their respective communities especially those of the married women according to customs and traditions of the people.”

Ogwuche commiserating with the Omusu community over the tragedy assured that the victims would not die in vain as efforts to bring the perpetrators of the heinous murder to justice would be intensified.

It could be recalled that suspected herdsmen stormed the village about 4p.m. on March 5th, shooting sporadically at anything they sighted and burning down houses in the community.