According to Senator Shehu Sani, removing the Minister of Finance, Kemi Adeosun, from office will not resolve the current economic recession is currently facing.

He said this while speaking on the floor of the Senate as members deliberated on the state of the economy and how it can be resolved.
In his own submission, Deputy Senate President, Ike Ekweremadu, charged President Buhari to look into his cabinet and make adequate adjustments.
The deliberations is been monitored via the senate official twitter page, some of the tweets reads; 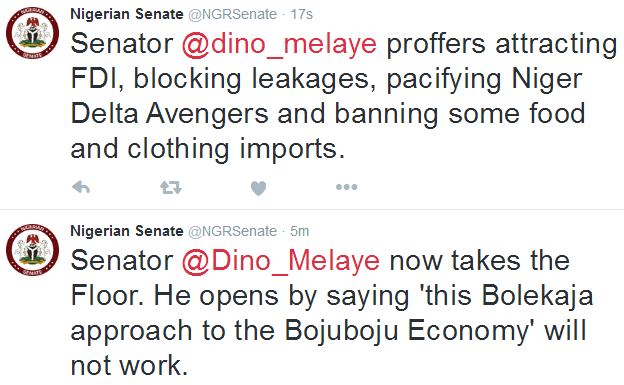