He made this known on his Twitter hand @realDonaldTrump, he tweeted, “I have decided to terminate the planned Summit in Singapore on June 12th. While many things can happen and a great opportunity lies ahead potentially, I believe that this is a tremendous setback for North Korea and indeed a setback for the world…”

The cancellation also followed with an official letter. 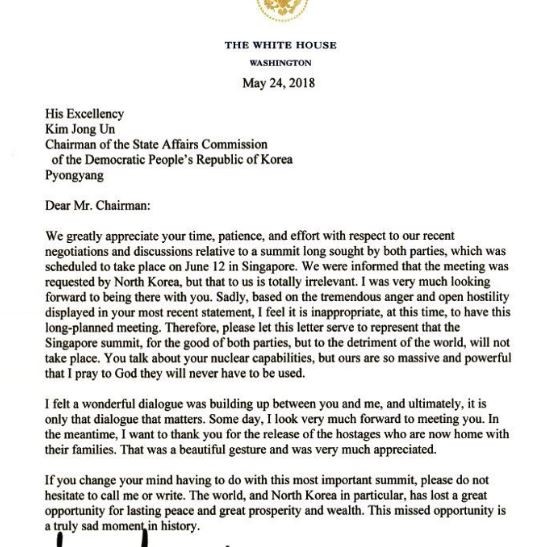