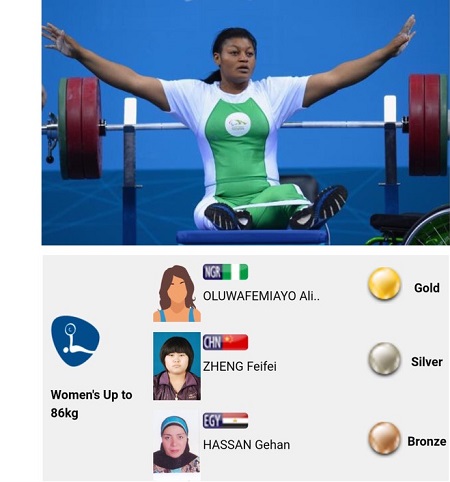 She won after lifting 140kg in her first three attempts.

In her fourth attempt, she broke the earlier world record in the category set by her compatriot, Loveline Obiji in 2014 – by lifting 145kg.

Nigeria have thus won their first medal at the competition. The team have 11 powerlifters in Mexico.