Coleen and Wayne Rooney welcome the birth of their fourth son

Former England skipper Wayne Rooney and his wife Coleen have welcomed their fourth son together. 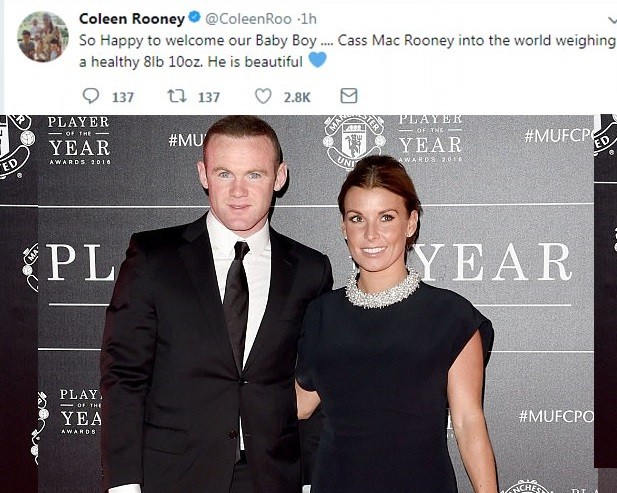 The excited wife of the Everton star announced the good news on her Twitter account early on Thursday.

She also revealed she and her husband have named their newborn child Cass Mac Rooney.

She told her fans, ‘So Happy to welcome our Baby Boy…. Cass Mac Rooney into the world weighing a healthy 8lb 10oz. He is beautiful,’.