Alleged forgery: AGF fails to appear before the senate committee

The Attorney General of the Federation and Minister of Justice, Abubakar Malami, today failed to appear before the Senate Committee on Legal Matters, Judiciary & Human Rights where an inquiry into the case of alleged forgery of senate order against the Senate President Bukola Saraki, his deputy Ike Ekweremadu and two others was to be held.

The Special Adviser to President Buhari on prosecution at the Ministry of Justice, represented Malami and informed the committee members that the Attorney General was out of the country. 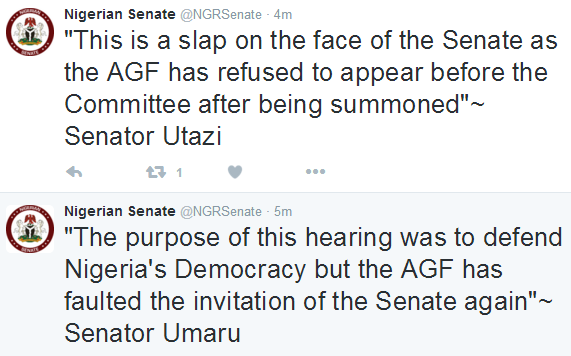 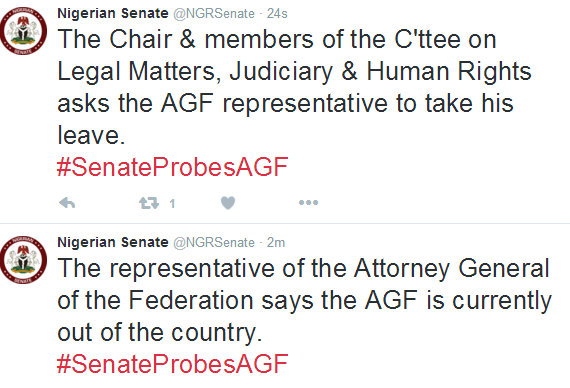 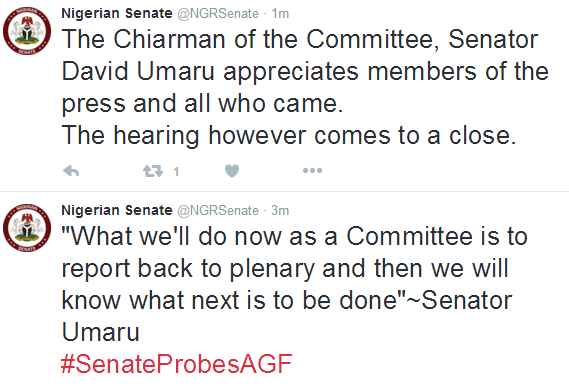 Abia governorship: Ikpeazu insist he is still the governor