Prince Harry and Meghan Markle are engaged! They are getting married early next year

Prince Harry and his girlfriend Meghan Markle are engaged.

They got engaged earlier this month after dating for a year and a half but it was just announced this morning by Kessington Palace, which said their wedding will take place in the spring of 2018.

It is learnt that the 33-year-old prince had informed his grandmother Queen Elizabeth II, close members of the royal family and had sought the blessing of Markle’s parents.

Meghan, 36, who is a divorced American actress, will become the Duchess of Sussex when she marries the fifth in line to the throne and joins the royal family.

The couple will live at Nottingham Cottage in London’s Kensington Palace, where his brother William and his wife Kate live with their two children.

Below is the press statement… 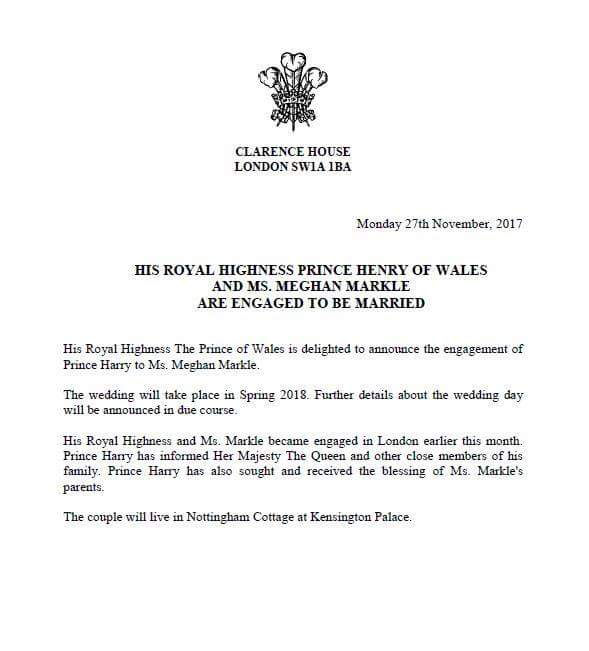 How Tristan Thompson Won Khloe Kardashian Back and...