Investigative journalist Kayode Ogundamisi who was recently in Maiduguri took to twitter to exposed the sufferings of soldiers fighting Boko Haram.

He showed photos of how they prepare food and the hell they are going through. He tweeted many of this at the President’s handle, and that of the Nigerian Army, but sadly, the Army blocked him on twitter. 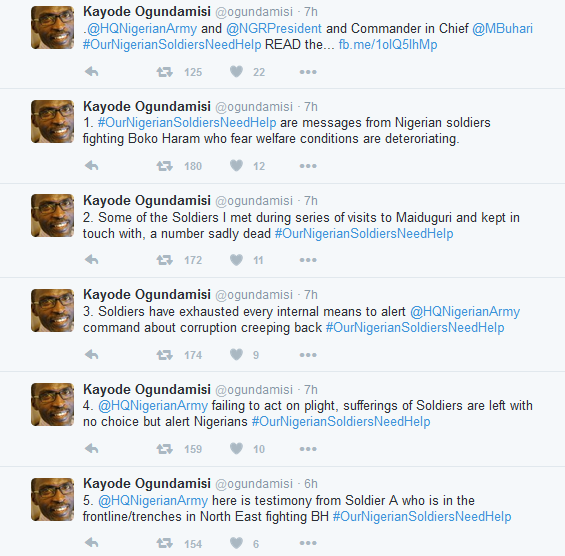 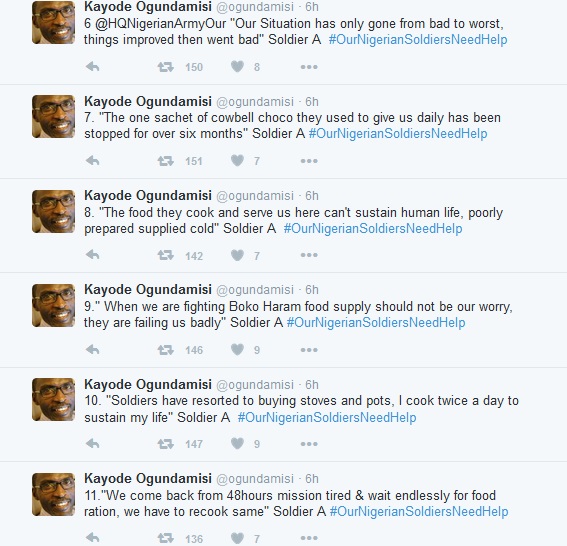 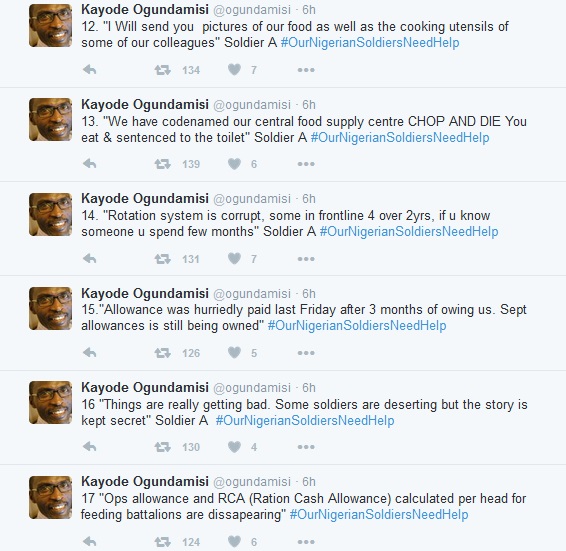 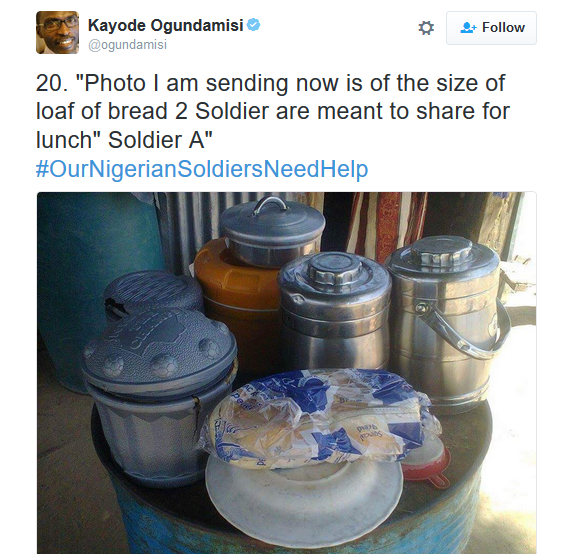 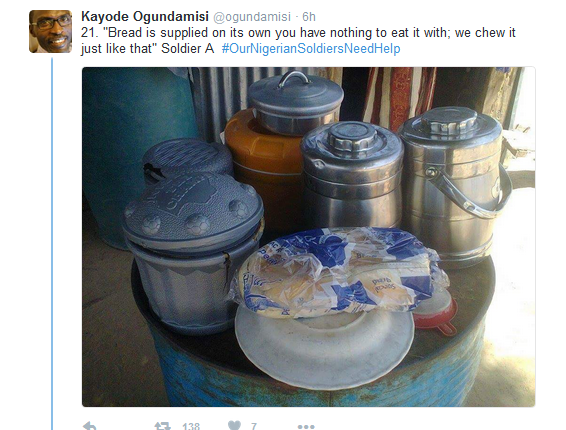 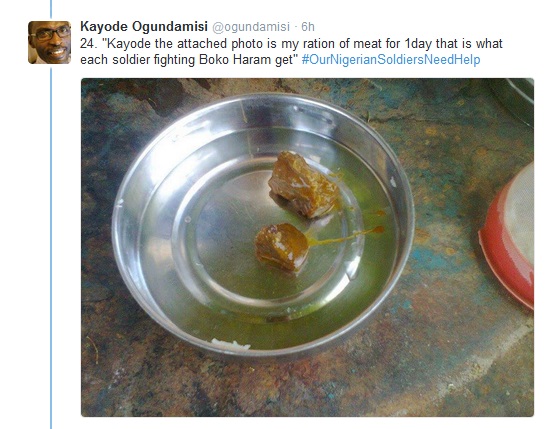 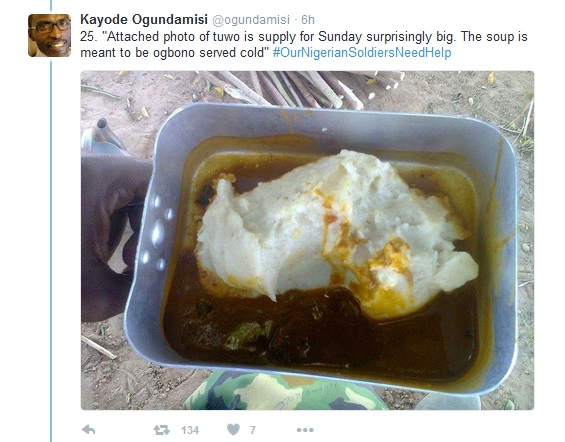 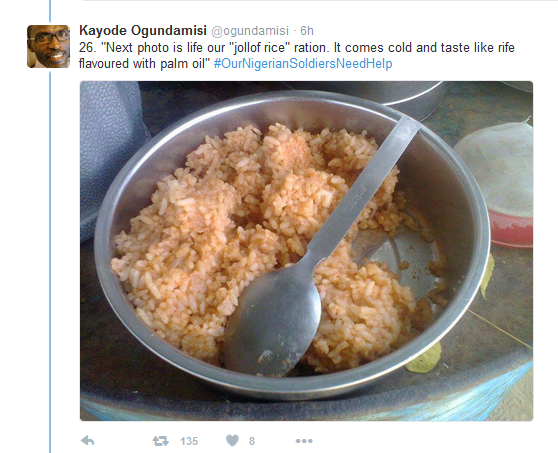 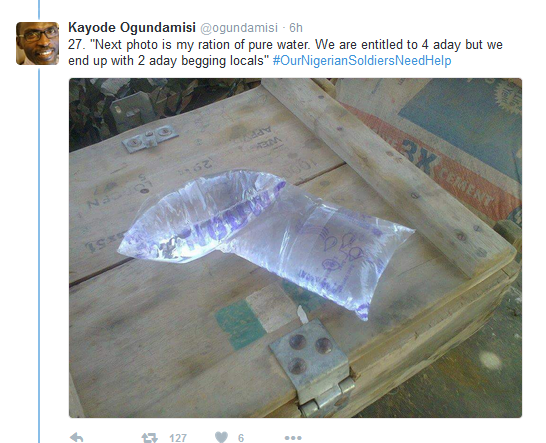 Minister orders herdsmen to move cattle out of FCT

LASU sacks 13 workers over fake results and others