Gov. Akinwumi Ambode of Lagos State made this known in Abuja on Wednesday while briefing State House correspondents on the outcome of the meeting of the Council of State. The meeting was presided over by President Muhammadu Buhari.

“We deliberated on the appointment of six national commissioners for INEC, you know INEC is supposed to have 12 Commissioners. “We had earlier approved six sometimes last year and additional six were actually approved today. “And those six represent six nominees from the six geo-political zones.

“You may wish to know that we approved five new commissioners for the national population commission, NPC in addition to what was actually approved for INEC,’’ he said. He gave the names of the six INEC commissioners to include Alhaji Mohammed Haruna (North Central); retired AVM Ahmed Tijjani Mu’azu (North East); and Abubakar Nahuce (North West).

He stated that the council had earlier approved six INEC commissioners in Oct. 21, 2015. The governor further revealed that the council was also briefed on the state of the economy. “The minister of state from the Ministry of Budget and Planning actually made a presentation to council on the ways and manner in which the Federal Government is approaching the way to rescue the recession path that we are going through.

He said; “Council was confident and also approved the measures the federal government is putting in ensuring that Nigeria goes on the path of recovery as quickly as possible.’’

Also addressing the correspondents on outcome of the meeting, Gov. Badaru Abubakar of Jigawa disclosed that the Council and the Police Council had ratified the appointment of acting Inspector-General of Police Ibrahim Idris.

The council meeting was attended by Vice-President Yemi Osinbajo, state governors, former Chief Justices of Nigeria (CJN) including Lawal Uwais, Dahiru Musdafa, Alfa Belgore and Alooma Muktar. The first meeting of the council under the current political dispensation, was held on Oct. 21, 2015. 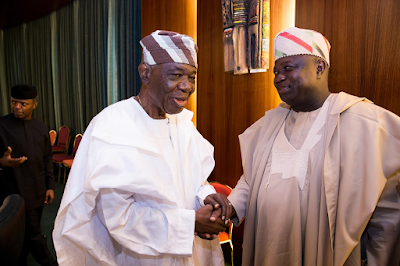 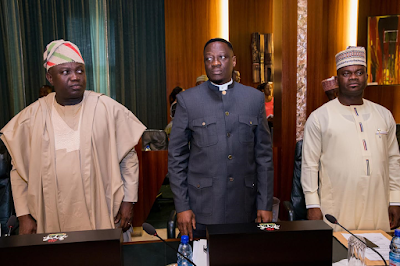 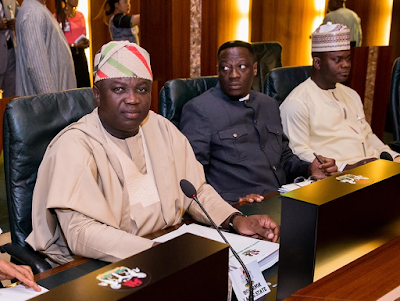