The Economic and Financial Crimes Commission EFCC on Monday sent a letter of invitation to suspended House of Reps member, Abdulmumin Jibrin. The invitation is in continuation of investigations into allegations of budget padding Jibrin leveled against the speaker of the House of Reps, Yakubu Dogara, and other principals of the house.

Jibrin was suspended by the house on July 20th 2016 for making these allegations against Dogara and other principal officers.

He petitioned the EFCC and other financial crimes agency.

Sharing a photo of his invitation letter, Jibrin wrote; “Today, I received invitation from the EFCC for another interview to clarify some issues to enable the commission conclude investigation on my petition against some principal officers of the house on 2016 budget fraud, corruption and abuse of office.

This is a welcome development as it is coming at a time that many Nigerians have lost hope that the outcome of my petition will not see the light of the day. I have severally maintained that I have full confidence in the EFCC under the Chairmanship of Ibrahim Magu. I am also aware that the EFCC have been investigating the petition I submitted and far reaching discoveries were made.

It is also noteworthy that this invitation is coming at a time that some revelations were made last week with details of how the minority leader of the house Leo Ogor used his company where he is the signatory to the accounts to execute constituency projects contracts completely against the laws of our land. It is however worrisome that in his response, Ogor admitted the offense and even boosted that their is nothing wrong in what he did as quoted by the nations newspaper.

Let me state clearlythat any Member or Senator who used his company or company with links to him to execute constituency project contracts, whether such contracts are executed or not has committed an offense. Either way you look at it, he can be prosecuted on charges of corruption or abuse of office. The case of Leo Ogor is same or even worst than that of Babachir Lawal yet the entire country and National Assembly in particular has maintained an embarrassing silence. Is my boss, the Senate President and Chairman of National Assembly whom I hold in high esteem , Sen Bukola Saraki aware of this?

I have gone through endless intimidation and blackmail in the last one year. I have been denied all my rights and the rights of my constituents. Many people are concern about my safety and the future of my career but I always reminded them of our country’s interest! 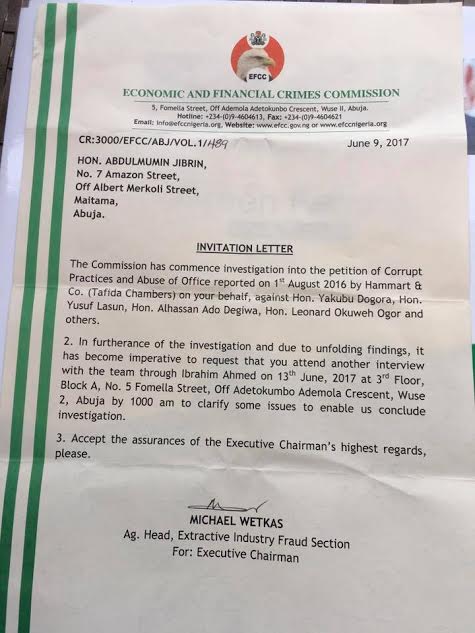