The secretariat of the APC faction that suspended Governor Nasir El-Rufai has been demolished. 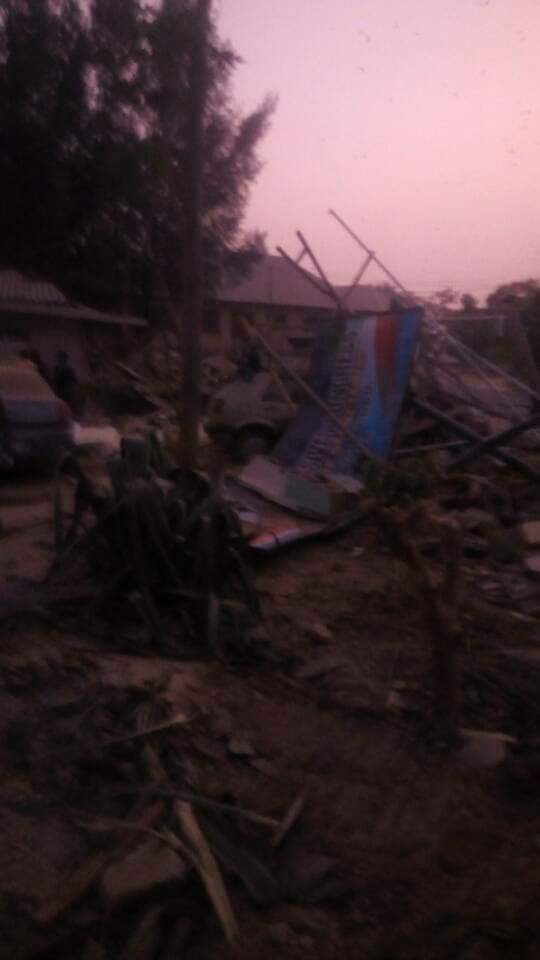 It is alleged that some soldiers were on ground to supervise the demolition of the secretariat situated along number 11 B Sambo in the state capital.

The Secretariat belongs to the faction loyal to the suspended senators representing Kaduna Central, Shehu Sani and that of Kaduna North zone, Suleiman Hunkuyi. The one storey duplex is owned by Senator Hunkuyi before it was converted to a State Party Secretariat last week.

It was opened last week as a parallel State APC office due to the inability of the group to reconcile with the State party organ.