Arik air workers kicked off their protest this morning at the domestic airport in Lagos after being unpaid for 7 month and other anti-labour practices. 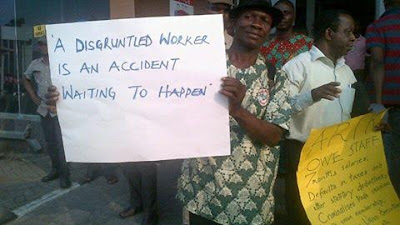 Acting Chairman of ULC, Alhaji Tokunbo Korodo said the workers could not take ill-treatment any longer.

He said, “We have shut down Arik Airlines operations, due to non-payment of seven months salary and non- remittance of workers’ taxes to relevant agencies.

“The office will remain shut until the end of the year, unless the management reaches a compromise with our union on the anti-labour issues.

“It is a pity that many intending passengers are stranded because of our action but we have appealed to the management to look into our demand but to no avail.” 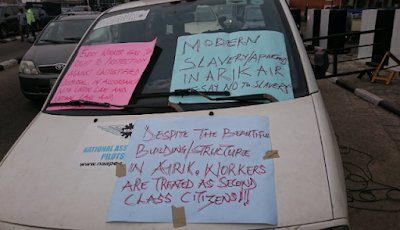