President of the Senate Dr Bukola Saraki has said that leaders in Africa has a lot to learn from Club de Madrid to help it stamp out extremism and terrorism.

Saraki who spoke through his tweeter handle @BukolaSaraki said that African leaders and public servants must continue to consult with leaders who had been there before to learn some lessons in leadership.

This evening, @SPNigeria @BukolaSaraki met with the Club De Madrid members, which included the former Presidents of Botswana and Mauritius. pic.twitter.com/AcH9TUcFIw

“As African public servants, we must continue to learn from the successes and mistakes of those that have been there before us.” –@SPNigeria pic.twitter.com/pZThiIebbh 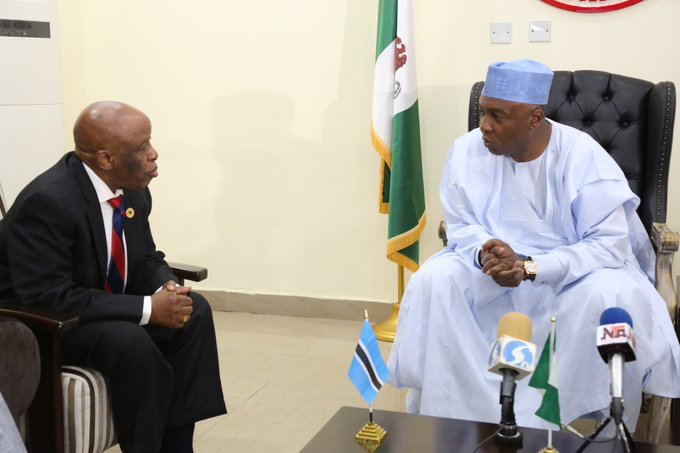 “Our discussions centered around ways that we can learn from the past experiences of other African leaders in our quest to stamp out domestic extremism and terrorism in all its forms.

“As African public servants, it is necessary that we build on the knowledge, networks and experiences of those that have served before us.

“Hence, we will continue to learn from and consult with the Club De Madrid from time to time, as well as work to emulate their successes and implement their recommendations,” he said.

Replying to @SPNigeria and 4 others

“As African public servants, we must continue to learn from the successes and mistakes of those that have been there before us.” –@SPNigeria pic.twitter.com/pZThiIebbh

“We will continue to consult with you on how to eliminate violent extremism in Nigeria, and on the continent.” –@SPNigeriapic.twitter.com/8aFk3d5xZJ 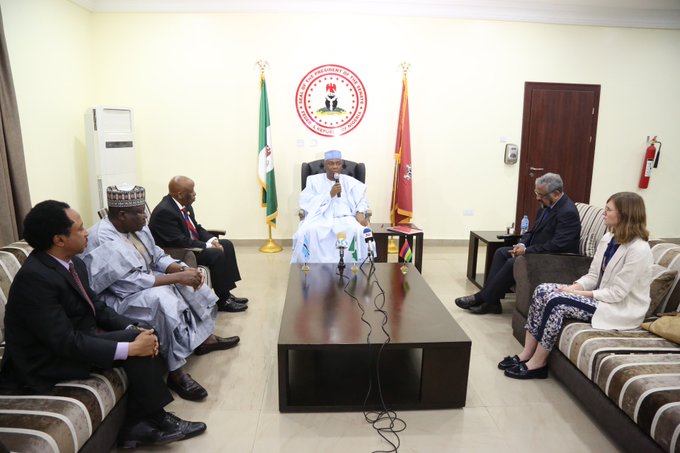 The video of the meeting is also published on the twitter page:

Live Video of Meeting with leaders of Club De Madrid led by former presidents of Botswana and Mauritius on… http://fb.me/6L9isS1yZ

Since they are no longer in office, they now represent their personal leadership experience and commitment and not their countries or parties.

They are therefore freer to share their experiences while still keenly aware of the pressures and problems faced by today’s leaders.