Justice John Okoro writes to Chief Justice of Nigeria, accuses Amaechi of trying to bribe him

Supreme Court Justice John Inyang Okoro yesterday wrote a letter to the Chief Justice of Nigeria, Mahmood Mohammed about his ordeal when DSS invaded his home and arrested him for misconduct.

He also accused Rotimi Amaechi of attempting to bribe him to influence the judgement in the election tribunal of Rivers state, Abia state and Akwa-Ibom state. 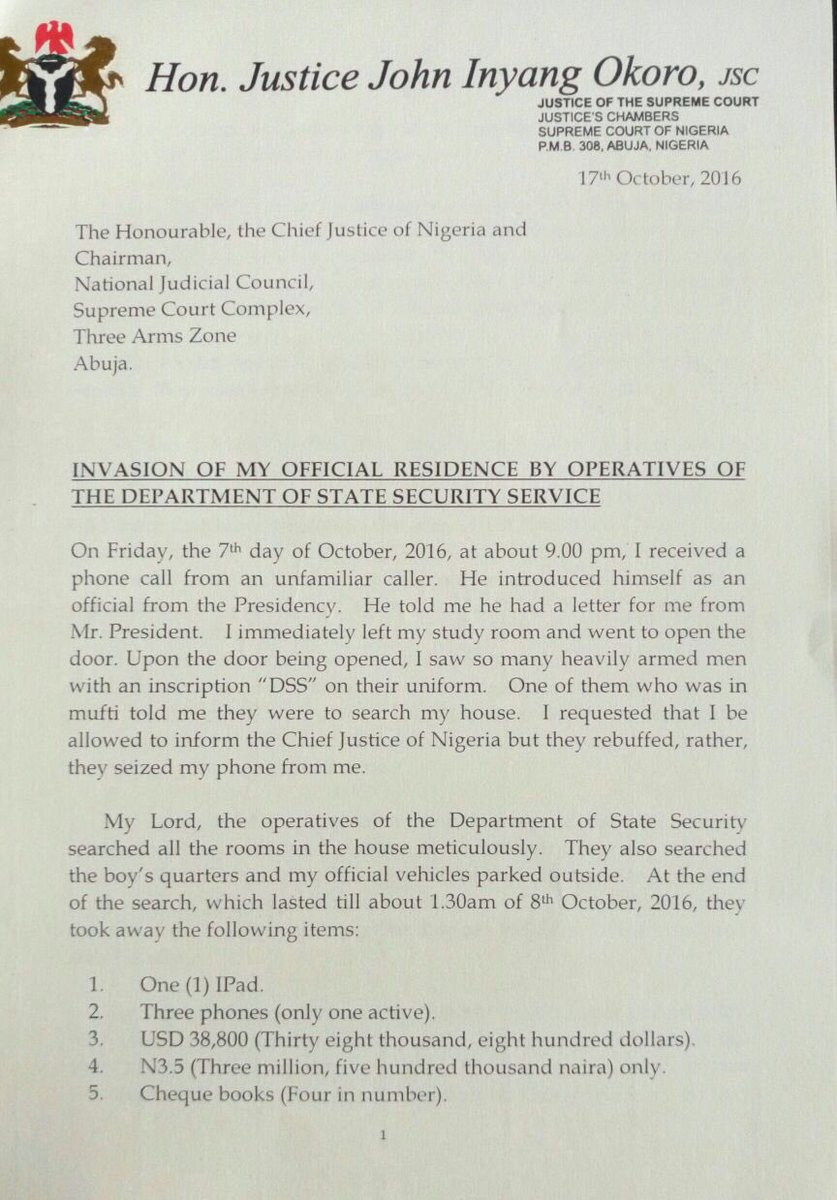 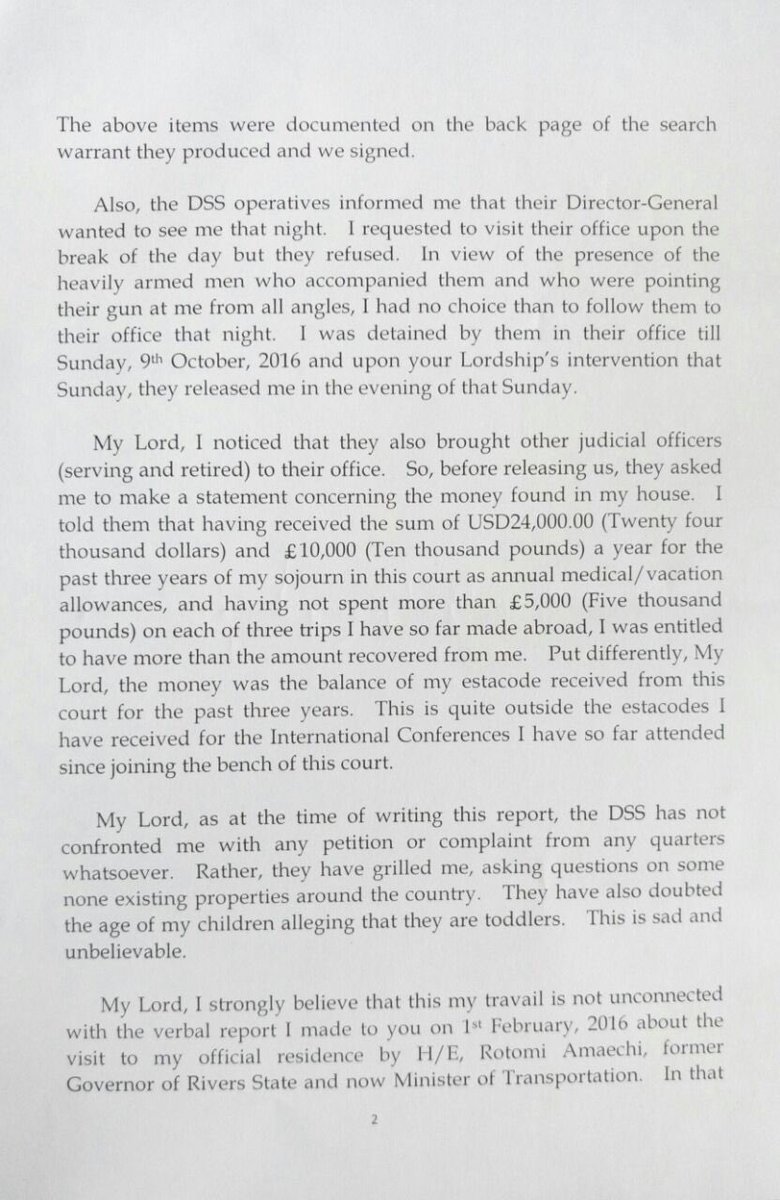 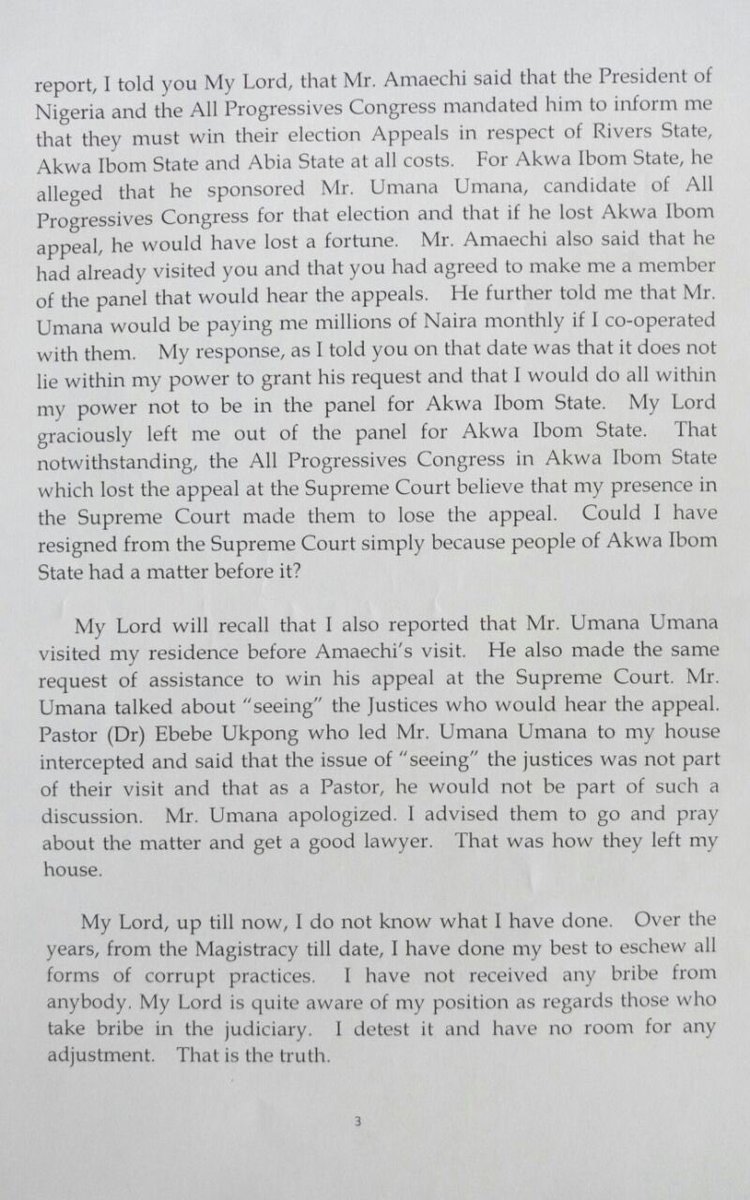 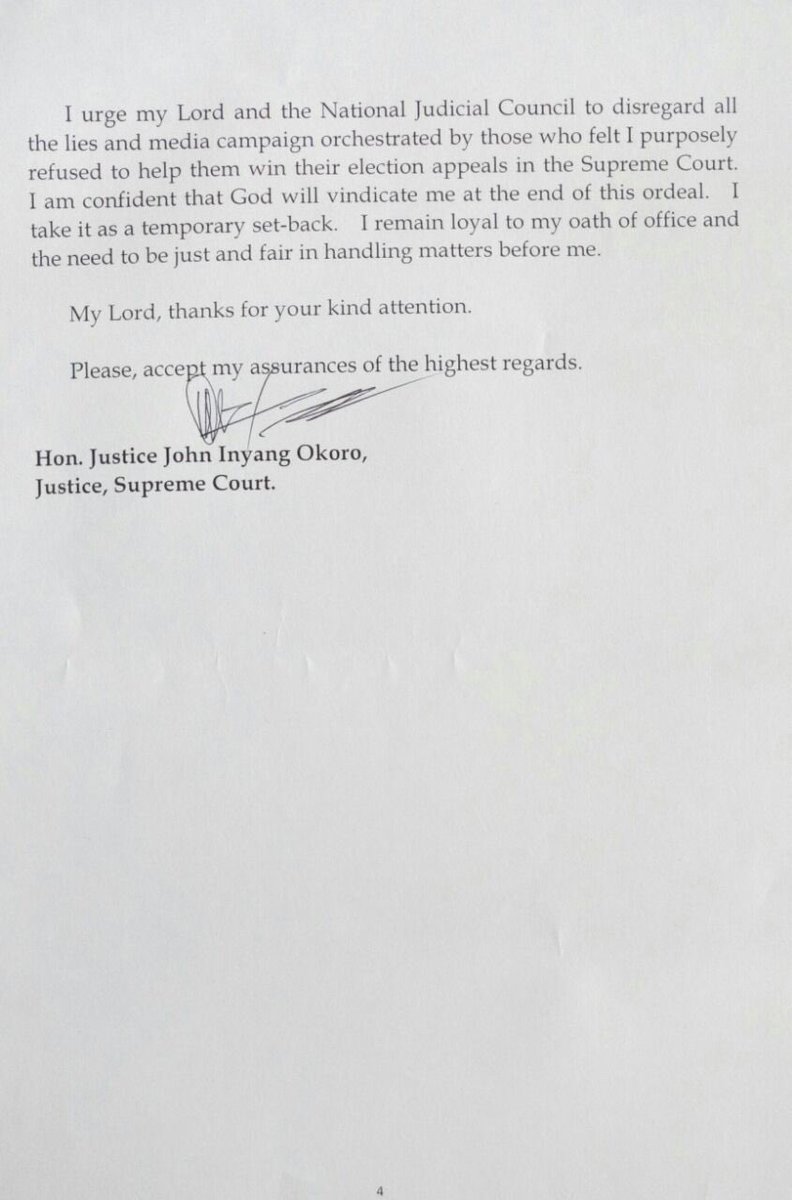