he striking members of the three non-academic staff unions in public universities namely the Senior Staff Association of Nigerian Universities, SSANU; Non-Academic Staff Union of Universities, NASU; and the National Association of Academic Technologists, NAAT, have suspended their strike.

The associations went on an indefinite strike on Monday, September 11th over poor funding of universities amongst other issues.

Following an agreement reached by the Federal Government yesterday, the Joint Action Committee of the unions resolved to call off the two weeks old strike.

Members have been directed to resume work on Monday, September 25th.

See a press statement from the joint committee below… 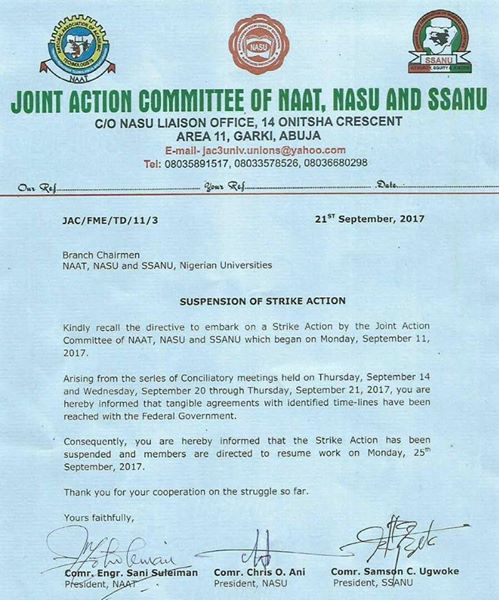