The body of late Maitama Sule who died on July 3 arrived Air Force Base in Kano Tuesday evening. The statesman died Monday in Cairo, Egypt and his body returned to Nigeria Tuesday, July 4. 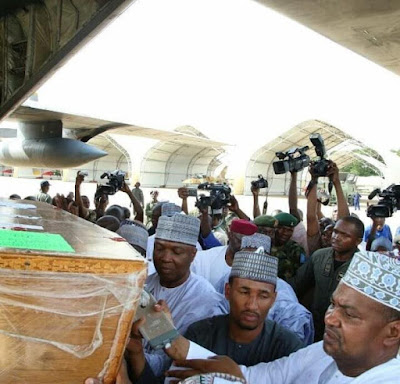 Bukola Saraki shared photos of the body being received with the caption: “This evening, I was humbled to join Governor Ganduje and other dignitaries to receive the body of the great Danmasanin Kano, Ambassador Maitama Sule.

“May the soul of the dear and departed Statesman be granted Al Jannah Firdaus.” 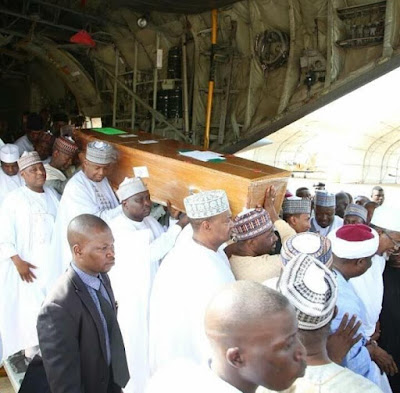