The Ministry of Foreign Affairs has said the recent attack on two Nigerians in Polokwane in the Limpopo Province of South Africa was not a xenophobic attack. In a statement signed and released by its spokesperson, Clement Aduku on Wednesday, the ministry said two Nigerians were said to be injured and properties destroyed in the fracas.

The ministry said the reports of renewed attacks calls for great concern as it comes few weeks after an attack that caused grave damage to Nigerians and their businesses.

Aduku said; “Contrary to media reports, the recent incident was an altercation between two Nigerians and some South Africans led to a fight at a motorpark in Polokwane at the Limpopo province on March 14th. The Nigerians were injured and taken to a hospital. One has been discharged while the other is still receiving medical attention. The businesses of the Nigerians were however destroyed. 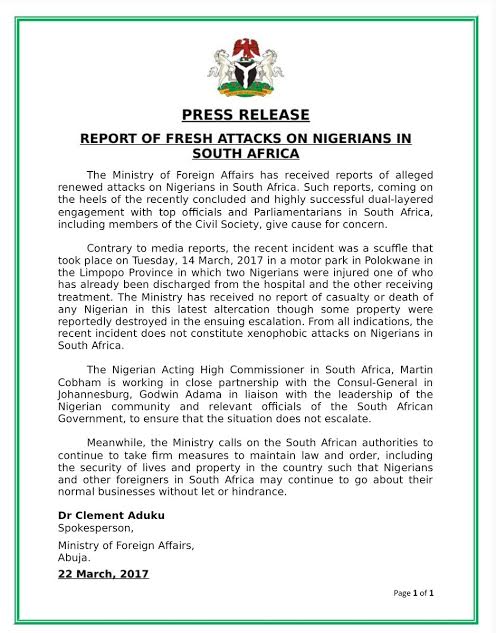