President Muhammad Buhari and the Senate President, Ahmad Lawan on Sunday, met behind closed door at the State House in Abuja.

The Senate President revealed this in a tweet on his official handle where he noted that they discussed the crisis in the All Progressives Congress (APC) as well as national security among other issues.

According to Senator Lawan, the party will take certain actions to see that the crisis within the APC is resolved.

Senator Lawan called on the country’s security chiefs to sit up but admitted that the security agencies need more funding as well as manpower to tackle the challenges facing Nigeria.

“The current situation (in APC) should not and must not be allowed to further degenerate than it has,” the Senate President said.

He added that “we (APC) must go into the constitution of our party and see how we are to address the issues, but while we do this, we must not allow the situation to continue as it is today.”

Earlier today, I was at the Presidential Villa on a visit to His Excellency, President Muhammad Buhari where we amongst other things discussed the crisis in our great party, the All Progressives Congress (APC). 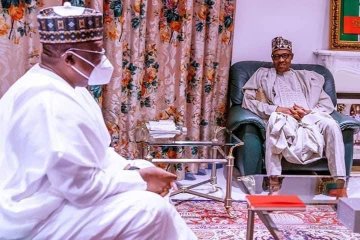 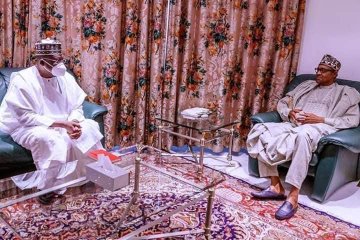 I want to assure all members of the party that by the grace of God, in the next few days, we’ll see certain actions that would be taken to resolve the crisis. The current situation should not and must not be allowed to further degenerate than it has.