National Assembly staff and security operatives today sealed off the office of sacked chairman of the House of Representatives Committee on Appropriation, Abdulmumin Jibrin, who was suspended for 180 sitting days and also barred him from positions of authority in the House till the end of the 8th assembly. 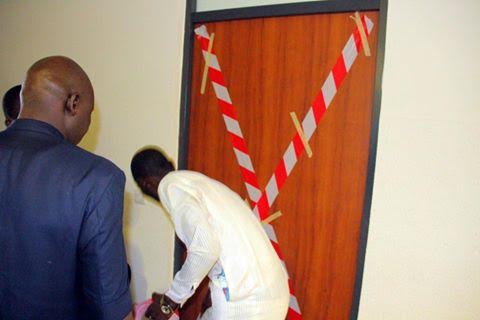 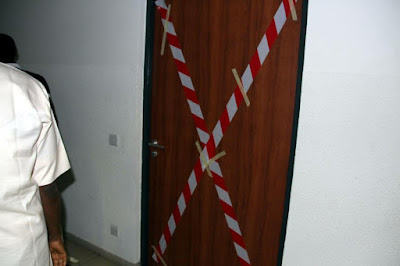