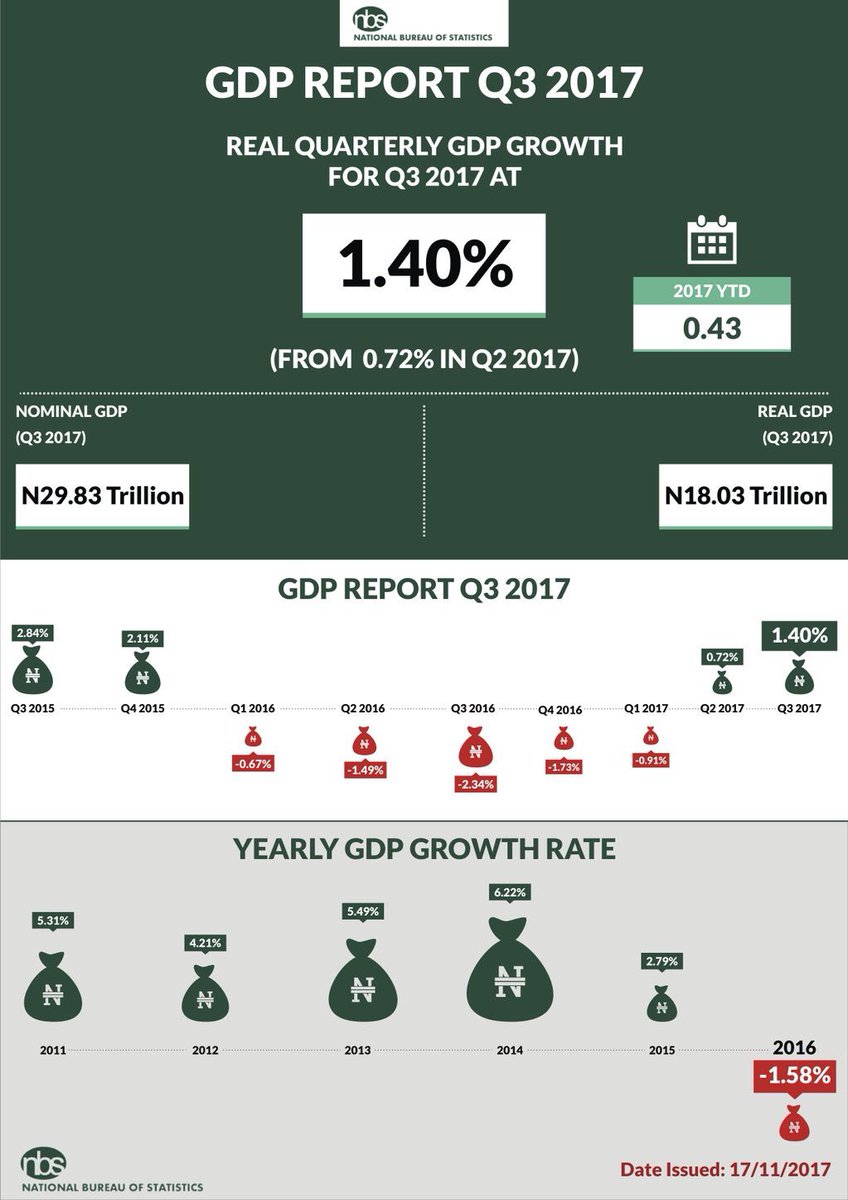 The NBS stated this in a GDP Report for Third Quarter 2017 released in Abuja on Monday.

The figure showed the second consecutive positive growth since the emergence of the economy from recession in the second quarter.

The growth was 3.74 percent points higher than the rate recorded in the corresponding quarter of 2016, which was – 2.34 percent.

It was also higher by 0.68 percent points from the rate recorded in the preceding quarter, which was revised to 0.72 percent from 0.55 percent.

The second quarter was revised following revisions by NNPC to oil output and hence led to revisions to Oil GDP.
Quarter on quarter, the real GDP growth was 8.97 percent.

Non-oil sector grew by –0.76 percent in real terms during the reference quarter.

It stated that the figure was lower by -0.79 percent point compared to the rate recorded same quarter, 2016 and -1.20 percent point lower than in the second quarter.

The non-oil sector, the report stated, was driven in the quarter under review mainly by Agriculture (Crop), other services and Electricity, gas, steam and air conditioning supply. 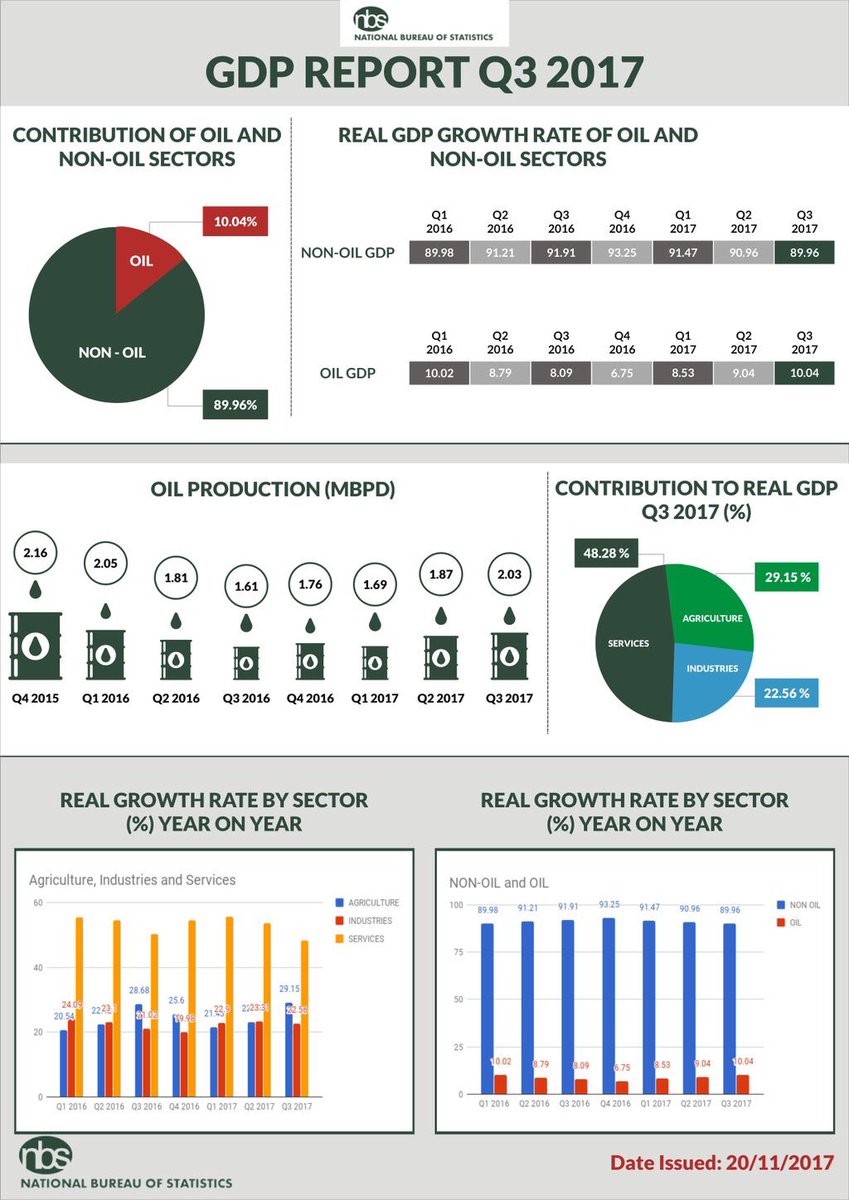 FuelPriceHike: No increase in petrol depot price this...