In a post published on his Facebook page, Olubakin said he had made a painting of President Buhari to personally present it to him during the NBA conference.

However, his request was turned down by the leadership of NBA and was told that the President won’t receive such gift, only for him to discover that the painting was later presented to the president without his notice. 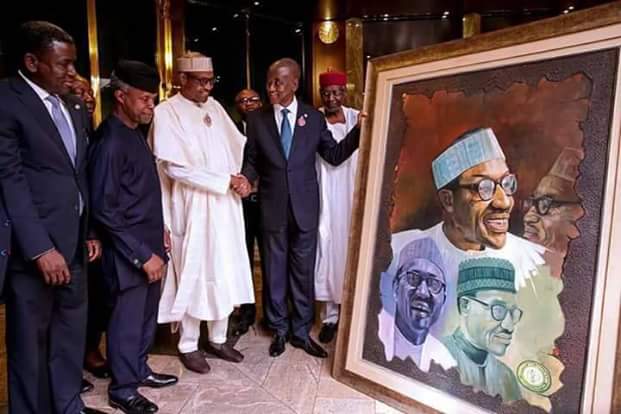 “So I did a painting of Buhari to present it to him personally during the NBA conference and was rejected and turned down that the President won’t receive such. I was later told to keep it in the NBA building till another time only to wake up one day and see online that the painting was being presented to him by the NBA without my authoritisation, consent or knowledge as his 75th birthday present …and somebody said God doesn’t reward his people or doesn’t remember them…He doesn’t mind to turn away the wisdom of the wise to reach and bless his own…there’s this scripture about the stone that the builders rejected…you know the rest 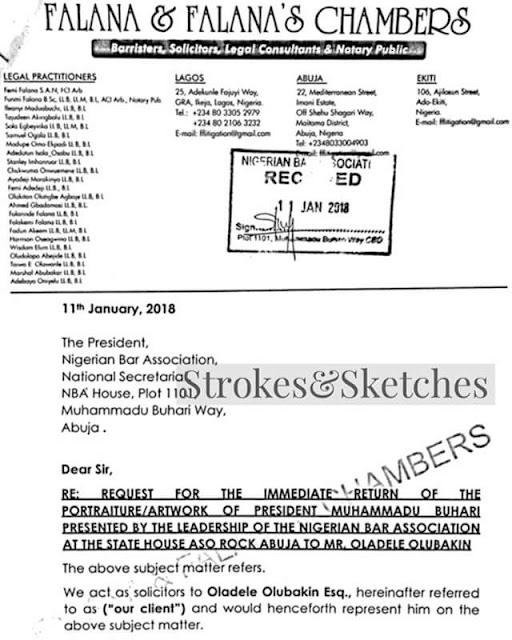