Nigerian-American activist found dead days after revealing she was molested The Tallahassee police department (TPD) in the US says it arrested a suspect over the death of Oluwatoyin Salau, a 19-year-old Nigerian-American activist.

Salau, who was actively involved in the ‘Black Lives Matter’ protests, had gone missing nine days before she was found dead.

The police said Toyin was last seen on June 6 the same day she wrote a thread on her Twitter page of how she was molested by a black man.

“Anyways I was molested in Tallahassee, Florida by a black man this morning at 5:30 on Richview and Park Ave. The man offered to give me a ride to find someplace to sleep and recollect my belongings from a church I refuged to a couple days back to escape unjust living conditions,” she wrote in one of the tweets.

Anyways I was molested in Tallahassee, Florida by a black man this morning at 5:30 on Richview and Park Ave. The man offered to give me a ride to find someplace to sleep and recollect my belongings from a church I refuged to a couple days back to escape unjust living conditions.

He came disguised as a man of God and ended up picking me up from nearby Saxon Street. I entered his truck only because I carry anything to defend myself not even a phone (which is currently at the church) and I have poor vision. I trusted the holy spirit to keep me safe.

On Sunday, the TPD said they found two bodies on Saturday night while following up investigation in a missing person case.

In an updated statement on Monday, the police said it identified the bodies as Toyin and Victoria Sims, a 75-year-old volunteer.

It said a suspect identified as Aaron Glee Jr, a 49-year-old man, has been arrested over the incident.

“Investigators have identified the victims in this case as missing persons Oluwatoyin Salau, 19, and Victoria Sims, 75,” the statement read.

“Both names have been released with permission of their families in accordance with Marsy’s Law.

“The suspect in this case has been identified as Aaron Glee Jr, 49. As stated earlier, he has been taken into custody. There is no further information to release at this time.” 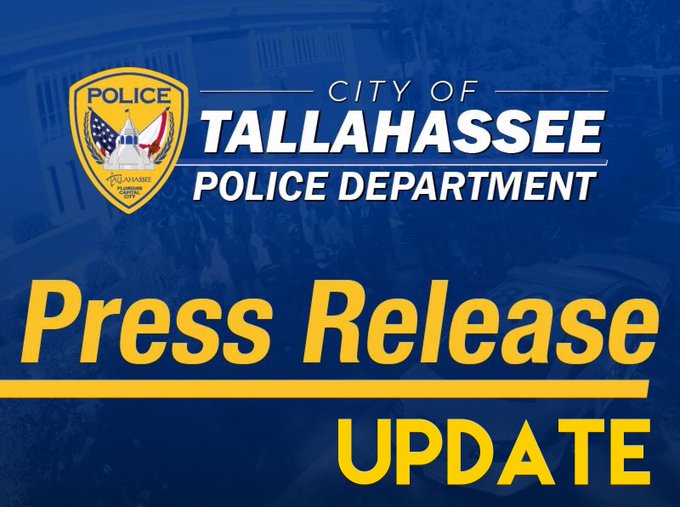 A video of Toyin speaking during one of the protests against the death of Tony McDade, a trans-man who was killed by Tallahassee police last month, has circulated since her death.

In the video, she condemned the discrimination and racism faced by black Americans, particularly in the area of profiling.

She was found dead after detailing a sexual assault and being heavily active in protests in Florida. #JusticeforToyin 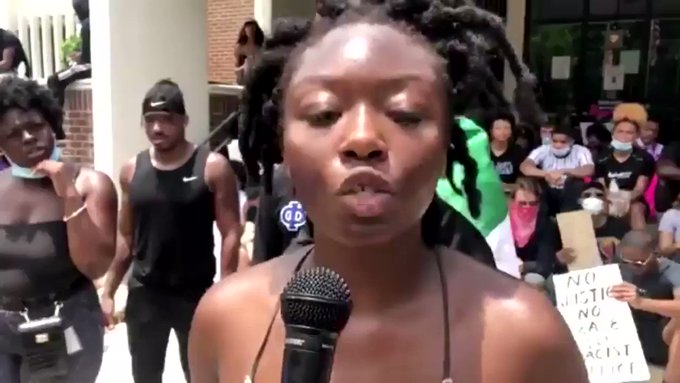 Her death has sparked off wild reactions on social media platforms especially Twitter, as users, using the hashtag #JusticeForToyin, are demanding justice for the activist.

International Peace Day: We must strive towards just,...