Earlier today, it was reported that former Minister of State for Defence, Musiliu Obanikoro, had decamped from PDP to APC. He has now come out to deny this claim. Reacting via his twitter handle, Obanikoro said he only attended the quarterly town hall meeting of his constituency hosted by Senator Oluremi Tinubu and that his presence there was interpreted as him decamping to the  APC. 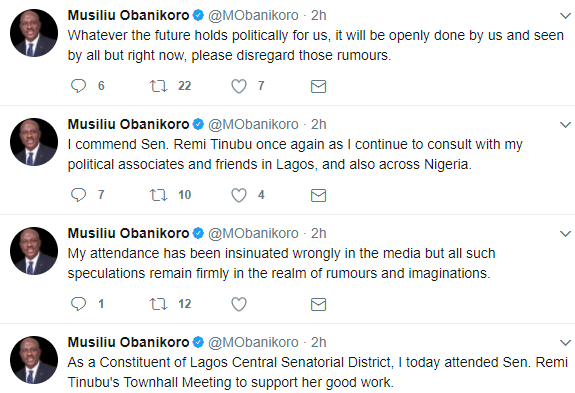