Armed police have opened fire on multiple attackers armed with knives who went on a rampage randomly stabbing people in Finland. 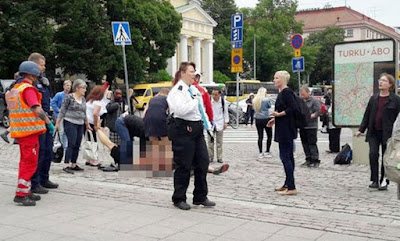 Police have confirmed several people have been knifed this afternoon, including a woman and a baby.

The police are urging people to avoid the area and a body has reportedly been seen covered up.

FG hands over seized snakes, spiders, millipedes, others to the University of Uyo