UN youngest ever Messenger of Peace, Malala Yousafzai has been awarded an honorary citizen in Canada. Malala, 19 is the youngest person to receive such a special honour after Canada awarded her the title during an honorary citizenship ceremony in Ottawa on Wednesday.

In her acceptance speech at the Canadian House of commons, she said;”I’m humbled to accept honorary citizenship of your country. While I will always be a proud Pashtun and a proud citizen of Pakistan, I’m grateful to be an honorary member of your nation of heroes.”

Canadian Prime Minister Justin Trudeau handed her a certificate documenting her citizenship, along with a flag. 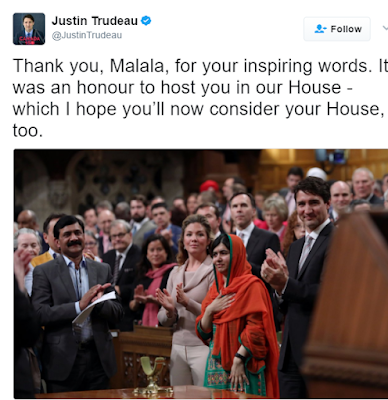 Davido laments after show promoter duped him in...