The club apppointed Shakespeare as its caretaker manager following the much criticized sacking of Claudio Ranieri who helped the club to its first premier league title but wins over Liverpool and Hull city – he’s now been given the permanent role of manager till the season’s end.
According to the report by Sun U.K; Owner Vichai Srivaddhanaprabha and son Aiyawatt held talks with the former England coach this week to discuss the plans going forward.
Shakespeare maintained huge support among the squad, and he has been quick to return the side to the tactics and set-up that brought so much success last season. 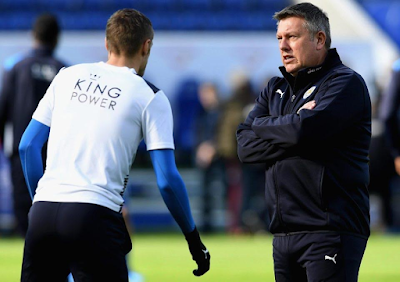 But the main priority is to ensure the club are not relegated, and with Shakespeare getting such impressive results in his first two matches the club have decided to make an interim appointment.
And his impact in guiding the team to two vital victories that have lifted them away from the relegation zone was enough to convince the Thai duo he was the man to stay in position for the remainder of the season.
If he continues to do well, Shakespeare would be in pole position to take over the job on a longer-term deal.

Nigerian army has played its role satisfactorily in...