INEC will today barring any last minute change, begin the recall process of senator Dino Melaye from the Senate. INEC had on June 21st released 188,588 signatures from registered voters in Kogi West Senatorial district seeking the recall of their senator, Dino Melaye.

Melaye has maintained that the process for the collation of signatures was flawed as some of those who signed the recall registers were dead.

He has insisted that the Governor, Yahaya Bello was behind the recall process and last week, he failed to secure an injunction from the Federal High Court Lagos to stop INEC from going ahead with the recall process.

INEC also last week released the schedule and timetable for his recall. The exercise will begin today July 10th and end on August 19th.

See copies of the timetable below… 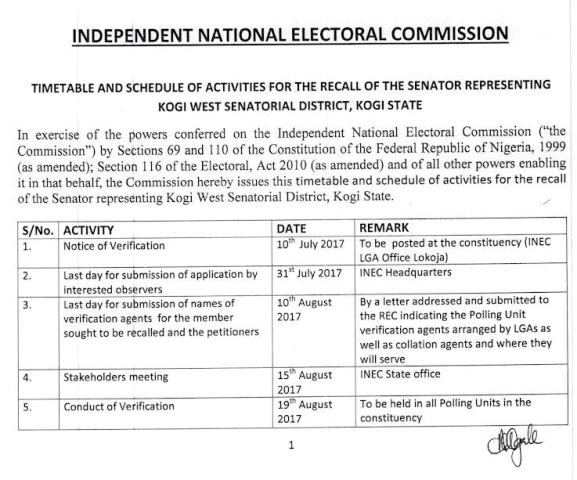 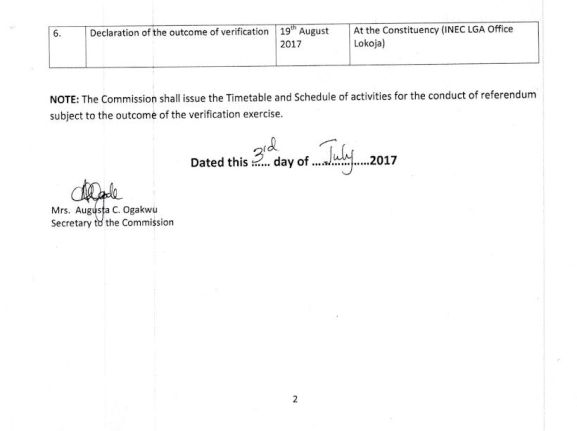 Academic Staff Union of Universities to meet with...