The former US President was admitted to intensive care in Houston, Texas, on Sunday after contracting an infection which spread to his blood. 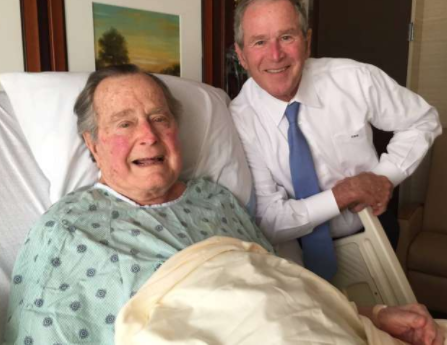 Family spokesman Jim McGrath said  that the 93-year-old is being treated at Houston Methodist Hospital.

McGrath said in a statement, “He is responding to treatments and appears to be recovering,”.

The 41st President of the United States laid his beloved wife Barbara to rest on Saturday.